Earlier this year while on the way to Colorado for a family ski trip, my cousin and I watched a few classic Doctor Who episodes. It was very interesting to see the roots of the modern day Doctor Who and look at how far it had come. Here's my reviews of them for the 42 Challenge. 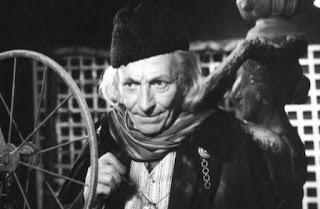 The very first episode of Doctor Who with William Hartnell playing the Doctor. It was so cool to see this episode and see where it all started. There's the introduction of the T.A.R.D.I.S. the first companion Susan (his granddaughter) and the whole Doctor Who world. There wasn't any alien involvement in it except a tiny peak into the next episode at the end of it. It was still quite enjoyable to experience it though.

An Ark in Space

A fourth doctor episode with Tom Baker playing the Doctor and Sarah Jane as his companion. This is a very popular Tom Baker episode so that's why I chose it to watch but I didn't enjoy it as much as I thought I would. It was funny in parts for sure and I love his scarf..... that thing is so long! The special effects are lacking... but that's not their fault. It is funny though that they used bubble wrap as the slug slime stuff in this one. I read that they chose bubble wrap as it was a new invention at that time and everyone thought it was so cool.... sadly bubble wrap does not look very cool or sci-fi nowadays. Overall it was enjoyable but I'd like to experience a different Tom Baker episode to see more of him... maybe Genesis of the Daleks. 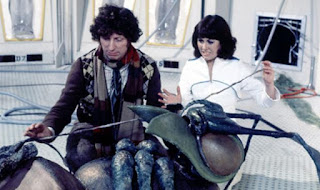 A fifth doctor episode with Peter Davidson playing the Doctor. I liked this episode and I really liked Peter Davidson as the Doctor. I can see why he was David Tennant's favorite. It was interesting to see the older Cyberman... they look... different. The companions in this one are Nyssa, Tegan and Adric. 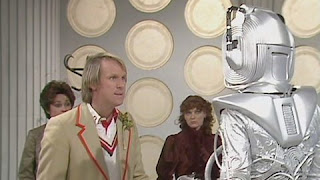 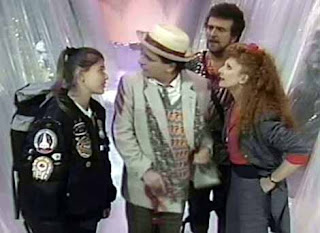 I hope to see more Classic Who episodes in the future and especially explore some of the other Doctors.

Email ThisBlogThis!Share to TwitterShare to FacebookShare to Pinterest
Labels: Doctor Who, TV Shows