Back to the Classics Challenge Wrap Up

While I did fall off the bandwagon with many of my challenges this year I couldn't forsake one of my favorite challenges: the Back to the Classics Challenge! This challenge is hosted by Books and Chocolate. I didn't complete as many categories as I wanted to but I still got quite a few done!
So here's my wrap up post of all the books I completed for the challenge.
Follow my blog with Bloglovin
Posted by Lois Tinúviel at 12:30 AM 1 comments 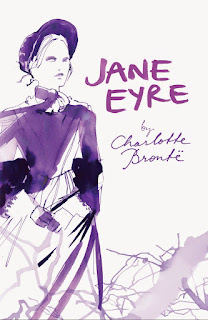 I know I've done period drama tags before but there's another one out there and I'm bound and determined to do it! 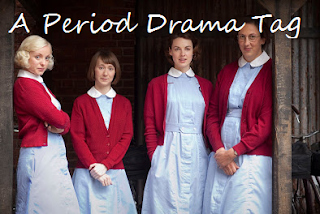 I know it's a mini-series but forever and always the 1995 version of Pride and Prejudice.

TV series I'm thinking they're meaning? Either Call the Midwife or Lark Rise to Candleford. I love them both. Merlin is also kind of a period drama show though and I love that one too so... Don't make me chose!

Which period drama do you dislike the most?

It's a tie between the 2005 Pride and Prejudice and the 2007 Mansfield Park. I loathe them pretty equally.

An incredibly unfair question! I grew up with Anne of Green Gables and It's always been a part of my life so I have very sentimental feelings for it. However, Little Dorrit I was only introduced to in the last couple years. Nevertheless I think Little Dorrit is the better show.

These two! I basically love everything in Molly Gipson's and Elizabeth Bennet's wardrobes. 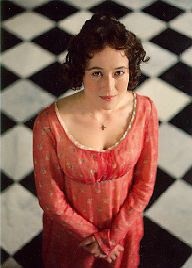 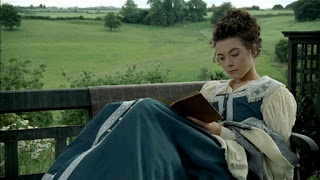 If you could join a royal ball, which dress would you go in? (pick a period drama dress)

I don't know! There's not any specifically "ball dresses" that stick out to me so I'm going with this one of Molly's from Wives and Daughters. 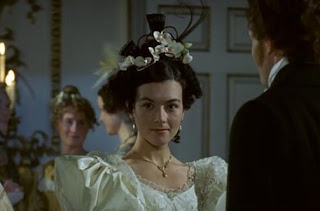 Well obviously as mentioned above the 1995 version of Pride and Prejudice but since I've already used that once I'll mention my second favorite which I think would be the 2007 version of Northanger Abbey though I also really enjoy both the 1995 and 2008 versions of Sense and Sensibility.

Downtown Abbey or Call the Midwife?

As I haven't seen any Downtown Abbey I'll have to go with Call the Midwife. :)

Which couple from a period drama do you like the most? (pick at least four)

So many! I narrowed it down as best as I can.

Elizabeth Bennet and Mr. Darcy from Pride and Prejudice 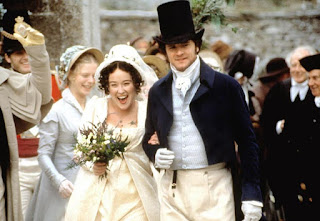 Molly Gibson and Roger Hamley from Wives and Daughters 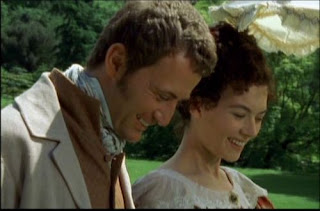 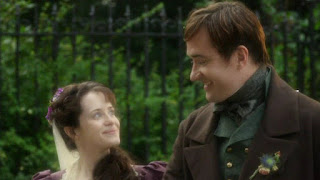 Anne Shirley and Gilbert Blythe from Anne of Green Gables 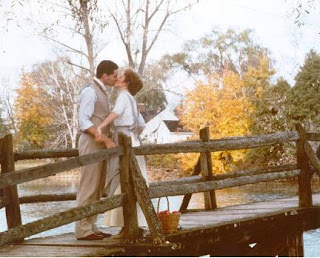 Alfie and Minnie from Lark Rise to Candleford 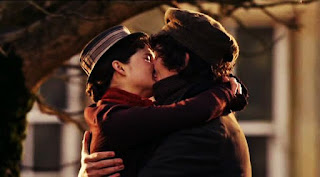 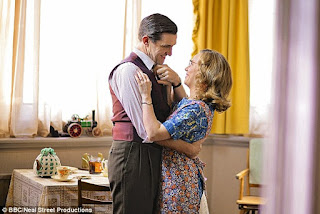 At last, which period drama villain do you like the most?

This week's Top Ten Tuesday theme is ten books you've added to your TBR list recently. These aren't the the absolutely most recent but they're the ones I'm most excited about of the ones I've most recently added to my TBR list.


Follow my blog with Bloglovin
Posted by Lois Tinúviel at 12:30 AM 3 comments

It's Monday! My Blogging Friends

With being away from blogging for awhile I didn't keep up with my blogging friends as well as I wanted to. :( I try to go back and visit all of their blogs as much as I can and remember but I'm sure I missed a lot. :( Sorry guys! I do love you all!

I've been on a listening to music from musicals kick recently (cause I don't have time to actually watch them!). This has sparked this post of my Ten Favorite Musical Moments!
There are plenty of musicals I have not yet seen so don't assume I hate the musical because I don't have your favorite one represented here on this list. Also, don't presume I love the musical because it is represented on this list. I may just like it's music.
In no particular order.

And some Disney honorable mentions. :)
If you are a musical lover as well feel free to consider yourself tagged! I'd love to see what your favorite musical moments are. :)

Follow my blog with Bloglovin
Posted by Lois Tinúviel at 12:30 AM 9 comments