This is my second year doing Jamie @ The Perpetual Page Turner's end of the year book survey. This is such a fun way to recap the reading year.

Number Of Books You Read: 102
Number of Re-Reads: 54
Genre You Read The Most From: Classics


2. Book You Were Excited About & Thought You Were Going To Love More But Didn’t?

A Room with a View by E.M. Forester- I liked it but I didn't love it like I thought I would.

3. Most surprising (in a good way or bad way) book you read?

I was surprised at how much I loved Mysterious Island. It is definitely one my favorites of Jules Verne's novels.

4. Book You “Pushed” The Most People To Read (And They Did)?

I finished two series this year... C.S. Lewis's Space Trilogy and the Little Britches series by Ralph Moody. I loved them both but I think That Hideous Strength from the Space Trilogy was the best.

7. Best book from a genre you don’t typically read/was out of your comfort zone?

8. Most action-packed/thrilling/unputdownable book of the year?

Gone With the Wind actually. It wasn't action packed or thrilling but I couldn't put it down for sure when though it was incredibly long!

I don't normally re-read a book the year right after reading it for the first time but I think that The Valley of Vision is one I could re-read next year and may actually do. 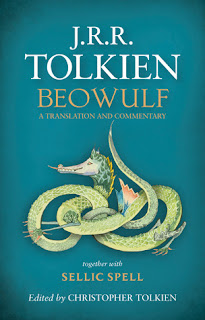 Scarlette O'Hara. I don't like her but she's definitely memorable.

I read a lot of beautifully written books this year. I remember commenting on beautiful writing in several of my reviews. I think maybe All Quiet on the Western Front will be the winner though.

The Valley of Vision for sure. If you haven't read this book then you need to!

A lot but most definitely Rebecca by Daphne du Maurier.

I'm supposed to choose?
From a first time read- "I never travel without my diary. One should always have something sensational to read on the train."- The Importance of Being Ernest by Oscar Wilde
From a re-read- "If I loved you less I might be able to talk about it more."- Emma by Jane Austen

17. Book That Shocked You The Most

I'd seen Rebecca before reading the book or else it would definitely have been Rebecca. I think I'll go with Beloved by Toni Morrisson.

I hate that term but here goes.
First time read- Scarlett O'Hara and Rhett Butler.... They deserve each other and I've said this once and I'll say it again... Scarlett finally married the right man for her and she never realized it until too late. Get with it Scarlett! Granted she doesn't deserve a happy ending but boy if you get it handed to you on a platter take it!
Re-Read- Emma Woodhouse and Mr. Knightley.... obviously.

19. Favorite Non-Romantic Relationship Of The Year

The family relationships in Peace Like a River by Leif Enger.

20. Favorite Book You Read in 2015 From An Author You’ve Read Previously

That Hideous Strength by C.S. Lewis

21. Best Book You Read In 2015 That You Read Based SOLELY On A Recommendation From Somebody Else/Peer Pressure:

I don't succumb to peer pressure! ;) I'd go with Armadale and No Name by Wilkie Collins.

Besides Mr. Knightley? ;) All the ones I can think of actually are from re-reads. There weren't any great romances in the books I read this year. Newest though.... Mr. Knightley isn't new. I'd say Nat Bowditch from Carry On Mr. Bowditch. How did I not love this guy before? Genius, sweet, kind, funny and did I mention genius? :)

25. Book That Put A Smile On Your Face/Was The Most FUN To Read?

Rilla of Ingleside. I don' cry over books but I almost cried when re-reading this one. Walter.... enough said.

28. Book That Crushed Your Soul?

Beowulf and in that same vein Boys of Blur, which has hints of Beowulf in it.

30. Book That Made You The Most Mad (doesn’t necessarily mean you didn’t like it)?

As mentioned above.... Gulliver's Travels... I hated it and I'm mad I took the time to RE-read it.

Meanwhile in Rivendell! I know I've mentioned it a lot before on the blog but seriously... check it out!

I like my reviews of Beowulf, Gone With the Wind and The Brothers Karamazov.

I love the Emma read-along posts! There were some where we had a lot of great discussion, especially the first couple!

I love Top Ten Tuesday and Bout of Books!

Being able to re-read so many of my old favorites, finding copies of The Silmarillion and The Children of Húrin at a used bookstore and participating in the Broke and Bookish Secret Santa.

6. Most challenging thing about blogging or your reading life this year?

Keeping up with writing reviews.

7. Most Popular Post This Year On Your Blog (whether it be by comments or views)?

I found a wire spinning shelf at Goodwill that saved me from having to figure out my lack of bookshelf space (for the present that is).

10.  Did you complete any reading challenges or goals that you had set for yourself at the beginning of this year?

I completed all of them.... and it was no easy task either!

Being a classics lover I don't read many new books. I can't think of any off the top of my head that are coming out next year that I want to read.

4. Series Ending/A Sequel You Are Most Anticipating in 2016?

5. One Thing You Hope To Accomplish Or Do In Your Reading/Blogging Life In 2016?

I want to be better at replying to comments right away.

Once again see above. :)

Email ThisBlogThis!Share to TwitterShare to FacebookShare to Pinterest
Labels: Literature