Me and My Music

I love music! I would say I have a good variety of music I listen to but then again there is still some music I definitely don't listen to by choice. Because I know you really care what music I listen to ;) today I'm going to share about my music.
I'm just going to run down each playlist of mine because that's how I like to separate out my music on iTunes. 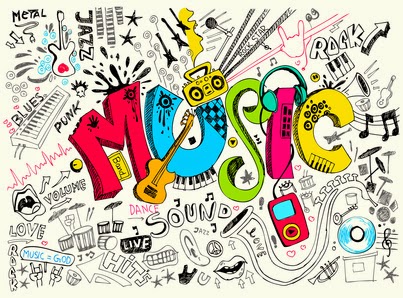 This is music from a CD that my best friend gave me. I don't listen to it a ton but every once and awhile the mood will take me. One of the songs on the playlist is separate from the disc and I listen to it a lot more often but that's mostly due to fact that it is in my Indulgences playlist also, which I'll get to later. :)

I grew up on Bach and while he is not my favorite of the classical composers (okay I know technically he is a baroque composer not classical but sometimes I just group them all together so there!). The harpsichord really grates on me for some reason and a lot of his music is harpsichord music. However, I do like playing his music on the piano because it's on the piano.... not a harpsichord. ;)

I love Beethoven's ninth symphony a lot! It's not something I listen to all of the time... normally just when the mood takes me but it is one of my favorite classical pieces (again, I know it's romantic time period not classical but get over it! ;)). I also have some of his piano concertos.

I have one piece by Bolero- Ravel.

This is one of my many musical soundtracks that I have. I was addicted to this one for awhile. As my friends and family know, I normally will be stuck on one song or one CD for a long time, not getting tired of it until long after everyone else is. Call Me Madam was one of those for quite awhile. It has a lot of fun music.

I'm a big fan of the Irish women's musical group Celtic Woman. I even got to go to one of their concerts once. I have multiple CDs of theirs.

This is a bunch of instrumental christmas music I got for free for a reason I don't remember.

This is my playlist of various Christian music. I have everything from hymns to Hillsong. My favorites on there are When I Survey the Wondrous Cross (to the tune of The Water is Wide), Bless the Lord O My Soul, and Blessed Be Your Name. However, my favorite hymn of all time is Be Thou My Vision... I'd just rather sing it than listen to it.

This has a bunch of random classic rock songs. Beach Boys, Frank Valli and the Four Seasons, Billy Haley, a couple Elvis Presley songs and more. This is what I listen to when I want to swing dance. :)

This playlist has a crazy assortment of Disney music! Beauty and the Beast, The Little Mermaid (the story is kind of dumb but the music is incredible!), Frozen, Tangled, Enchanted, one song from Hercules (I hate the movie though) and one song from Mulan. It's always fun to listen to a little Disney music. :)

This is my odd collection of various Doctor Who music including the show's theme song, the companions' themes, the doctors' themes, and a couple parody songs.

I'm not quite as big of a fan as my younger brother but I do enjoy Dvorka's 9th symphony. My brother is seriously obsessed with it!

Fiddler on the Roof

The story makes me sad but I love the music!

This is a collection of music by Gaelic Storm and The High Kings, two gaelic bands that I love! I have a ton of favorites in this playlist and I listen to it a lot! Gaelic music is just so fun!

One day a few months ago I went on a kick and listened to nothing but Gilbert and Sullivan all day! So then I had to upload more of their music onto my computer to add to my collection. They're all in separate playlists by the title of the operetta. This playlist just is a "best of" collection. If you aren't familiar with Gilbert and Sullivan you should be! They were a duo who wrote operetta's together. Sullivan wrote the music and Gilbert wrote the lyrics/play. They're hilarious plays and so much fun and the music is just the same!

I love Grieg's piano concerto and the piece "Morning".

He has some great symphony's that I should probably listen to more than I do.

This is Celtic Woman's Christmas CD. I just didn't want to put it in the same playlist as their other music as it's Christmas music.

This is the playlist I'm probably most embarrassed to admit what songs are in it. This song has the widest assortment of songs. I called it Indulgences as it has music that I feel are indulgences.... duh! However, it's morphed into favorites/music I don't know what playlist to put it in. It started out with three songs and has now grown to 25 songs but it's fluctuated a lot. For example, I used to have my Piano Guys music in there but I moved it out when I got so much of it I thought it deserved it's own playlist. So what am I embarrassed about in this playlist? My pop music. It's dumb music I know but it's so catchy that I get sucked in! I don't listen to the bad pop music never fear, it's just dumb. I do have some classic country music in there as well such as Devil Went Down to Georgia. I have a lot of parody songs in here too. I also have one Julian Smith song and one Rhett and Link song. The majority of the songs in this playlist are in my top twenty-five most listened to songs. I just listen to this playlist a lot. I'm trying to get away from that now.

I have his Midsummer Night's Dream music as well as his Songs without Words and The Hebrides. I love them all!

Meaning Handel's Messiah. I don't think I need to tell you that this music is amazing!

Probably my favorite classical composer! I have a lot of his music.

I love the music from this musical but the storyline is kind of dumb! I was definitely on a kick with this one for awhile.

The music in this movie is amazing!!!!! And it's a hilarious movie. :)

This playlist has a wide assortment of opera music. This is definitely a playlist that I have to be in the mood to listen to. I'm very selective about the opera music I listen to as well because some of it is just boring.... I'm sorry opera lovers.

Orla is a former member of Celtic Woman and this playlist contains one of her Christmas CDs.

This is a CD that has a million different variations of Pachebel's Canon.

I listen to his music every once and awhile. I have his violin concertos.

I have a deep love for Patsy Cline's music. It's kind of an indulgent music. It makes me feel sentimental and romantic. :) My Dad is actually a big fan of Patsy Cline as well which I found funny.

You know Pavarotti? Famous Tenor? Yeah, well this is a collection of him singing Christmas music.

Here's my collection of music by the group Piano Guys that I mentioned earlier. They're music is a lot of fun and is great for listening to when I'm studying because it is pretty much all instrumental.

One of the aforementioned Gilbert and Sullivan's operettas and probably my third favorite. :)

A CD full of instrumental hymns that are beautifully arranged!

This playlist contains a collection of rhapsodies by Unesco and Liszt... if you couldn't gather that from the title. ;) Rhapsodies are tons of fun to listen to. :)

I'm not sure why both composers are in the same playlist but I'm going to assume that it was because they were on the same CD. They have great piano concertos.

My favorite musical! It's just so hilarious, fun and quirky and the music is great!

Singin' in the Rain

Probably my second favorite musical. The music is classic and the movie is hilarious!

So I'm looking at the music in this playlist and wondering why it's entitled Smetna. There is only one Smetna piece in it and the other three songs are by different composers. I'm just going to assume that they were all on the same CD again.

One of my favorite playlists and a great one for when I am studying as all the music on here is instrumental except one song. Now you may be asking the same question my brother did, "Why is this one called Soundtracks when you already have separate playlists with soundtracks from musicals?" Good question. This playlist has soundtracks to films that aren't musicals. It contains lots of LOTR and The Hobbit music as well as music from period drams such as Little Dorrit, Pride and Prejudice, The Scarlet Pimpernel and Lorna Doone and then additionally has some music from John Williams such as the music from Jurassic Park, Indian Jones and Star Wars.

Probably my favorite composer from the Romantic time period. I love his 1812 overture, Capriccio Italiano and Marche Slave. I also have his music for Romeo and Juliet, Sleeping Beauty, and Swan Lake. Additionally I have his piano concerto and violin concerto, which are also great!

Probably I shouldn't have "The" in front of that title, which is why it got alphabetically placed down at the bottom of the list as I didn't for any of the others. However, there we are. The Gondoliers has my favorite music from Gilbert and Sullivan. It's so beautiful, fun and catchy.

I love his four seasons. I have a variety of his music. :)

So that's all the music I have! :) I wish I had Gilber and Sullivan's "The Mikado" on my computer but though my family has the CD I have't gotten ahold of it yet to put it on my computer. I also need to get "The Phantom of the Opera" on my computer.

Please don't ask what songs are in my top 25 most played because I'm too embarrassed to admit to them.... especially the top one. However, I would find it humorous if you guys commented and tried to guess them! If you guess enough right I might even admit to them! I'll be impressed if you can guess, which pop songs I listen to.

I hope you found this post interesting! Do you listen to any of the same music I do? Do you have some music recommendations for me?

With all these reasons to comment, you really don't have an excuse not to... just saying. ;)

Follow my blog with Bloglovin
Posted by Lois Tinúviel at 1:43 PM