The Get to Know Me Tag

I've seen this tag on a couple different blogs and I decided to steal it cause that's what I do. :) 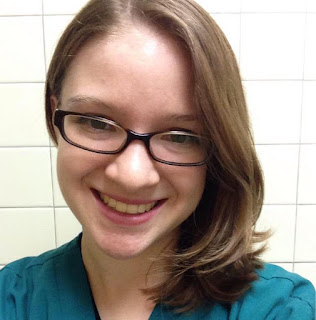 Name- Lois :)
Nicknames- Lo-lo sometimes if my family is feeling obnoxious. Peppernut (big backstory there). Lego-lois (like Legolas... get it... it's hilarious... especially if you say it a million times). Lois Lane from my patients because they think it's absolutely hilarious and that I've never heard that one before. I have... too many times thank you!
Place of Birth- Kansas!

Award- I'm not sure. Probably something from 4-H.
Sport- Ha! I did gymnastics when I was a kid but never played a sport otherwise except at home.
Real Holiday- I think the first memories I have of holidays would be Christmas but the first one I would have experienced would have been Easter.
Concert- Well there's a special story for this one but I don't actually remember it as I was just a wee lass but I've just heard it many times. Anyways, the local orchestra was preforming and my family was there and we were sitting in bleachers and I guess me, being the bouncy youngster that I was, was hopping between my dad's legs during it and I managed to fall through the bleachers. I hit the cross bar on the way down and my screams upon hitting the ground stopped the concert. I've been a show stopper ever since. ;) Anyways I survived with just a bump on my head and a great story. :)

Film- Pride and Prejudice (1995) which is technically a miniseries but if I had to chose an actually movie that was a favorite I couldn't! A few of my favorites that I could watch over and over again though are McLintock, Charade, National Treasure and Seven Brides for Seven Brothers.
TV Show- Doctor Who
Color- Blue and all of it's variations
Song- Currently I think Celtic Woman's "When You Go". It's addictively catchy. Listen to it!

Restaurant- I don't go out to eat much but I do love Panera. For a real nice restaurant I always loved Macaroni Grill but they got rid of the one close to me some years back. :(
Books- Pride and Prejudice by Jane Austen and Lord of the Rings by J.R.R. Tolkien

Feeling- Tired. :(
Single or Taken- Single
Eating- I had a salad... for breakfast... which was kind of weird but I was craving one.
Watching- Chocolat with my mom.
Wearing- My pajamas. The costume of queens!

Want children? Very much so. But as the old saying goes... First comes love, then comes marriage THEN comes a baby in a baby carriage.
Want to be married- Very much so.
Careers in mind- Well I am currently a nurse and the only reason I see to ever change that is if I become a wife and mother. I always wanted to be a writer but I don't think that will ever happen. :)
Where you want to live- I love where I live. Kansas is a great state. :) Now England, Scotland or Ireland would be lovely too.

Do You Believe In...

God- Yes
Miracles- Yes
Love at first sight- Really? No.
Ghosts- No
Aliens- No
Heaven- Yes
Hell- Yes
Yourself- I believe that I can do nothing except through Christ so I guess no. I believe in God and his ability to work through even me. :)

Email ThisBlogThis!Share to TwitterShare to FacebookShare to Pinterest
Labels: Celtic Woman, Christianity, Doctor Who, Family, Music, Pride and Prejudice, The Lord of the Rings, Tolkien