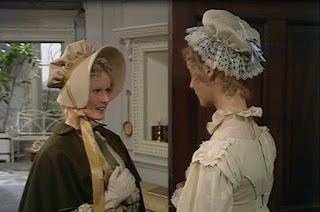 I was quite curious about this adaptation as it was the only (available) Emma I hadn’t yet seen—and as I was finding it hard to gather much concrete information on it. Imagine my excitement when I found our library did indeed have it!

To begin with, the theme music is sprightly and light-hearted (in fact, my sisters and I agreed it would be fun to add to our piano repertoire). As a whole the film is very 70’s, but if you’re willing to overlook some things (and know what to expect in that regard), it definitely has its merits.

On the dress, the main item I wasn’t sure about was why Emma—and Harriet—often wore caps (as my understanding has always been that women would don caps after marriage). I was looking at some portraits, however—principally by Joshua Reynolds and Jean-Baptiste Simeon Chardin (both in the 1700’s/early 1800’s)—and the young girls there are occasionally wearing indoor caps. Emma takes place about 1803 and the pictures I found were also mostly of nursery age children (excepting the married women, of course) and maids (who may or may not have been married)—so I’m not sure my research was conclusive, but it was interesting. 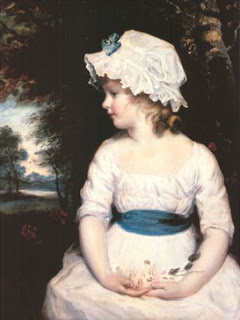 Simplicity: A Portrait of Miss Theophilia Ghatkin, 1785
by Joshua Reynolds

But back to Emma! Several of the costumes reappear in later films (a number of them in the BBC 1985 P&P) so—along with the dresses—it was fun to see Emma in Jane Bennet’s pelisse and Jane Fairfax wearing Lizzy’s (or rather the other way round). 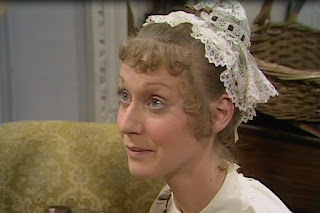 Emma herself does appear older in this version. But she does also have a dignity, a warm enunciation, and a collected liveliness of manner for an Emma. (In her turns of expression, she actually sometimes reminded us of Gwyneth Paltrow.) Occasionally, I think she does seem a bit more like a governess, a bit schoolmarm-ish (particularly with Harriet and when she’s trying to be especially calm), but she did quite all right with the part. 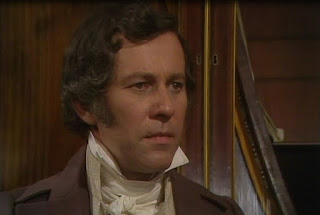 And Mr. Knightley! Mr. Knightley is Sir Nigel!!! (Do pardon my excitement, but we love the b/w Richard Green Robin Hood tv show—and it’s always thrilling to discover a friend from there elsewhere. :)) 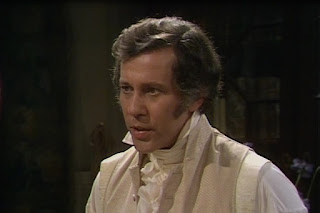 So yes, (ahem!) Sir Nigel was very good as Mr. Knightley. With dry flashes of humor, he managed his entire role (including his management of Emma) most excellently well. 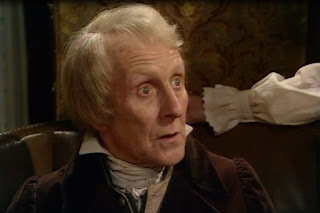 Mr. Woodhouse is quite good. 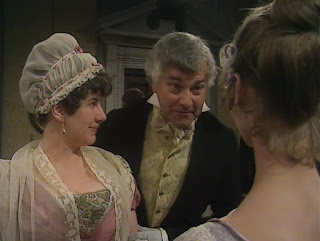 Mr. Weston was open and friendly, and Mrs. Weston certainly gentle and ladylike. (And they have a real baby at the end…well done, indeed!) 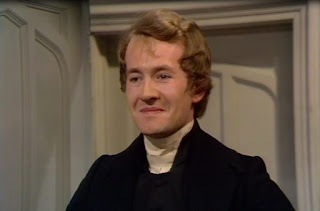 Mr. Elton was always eager, smiling, and obliging—if awkward—and I thought it easy to see how Emma could misinterpret his character. 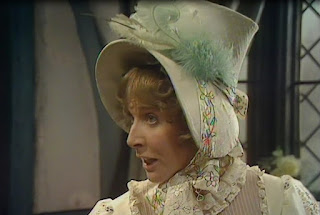 Mrs. Elton is quite adequately rude, vulgar, and funny. 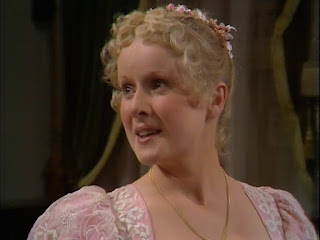 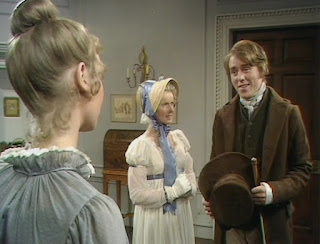 We get to see Robert Martin in a conversation at the end, which is very nice. 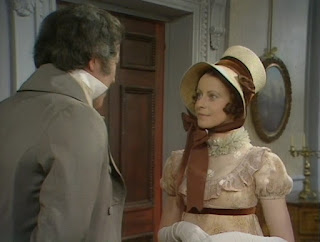 And also a lot of Miss Fairfax! Miss Fairfax I very much liked. Gentle and soft, maddeningly reserved, elegant and fascinating—I think she was just about perfect. 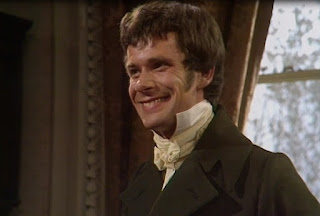 And Frank Churchill is high-spirited and engaging—playing his part quite well.

The John Knightleys visit for Christmas… 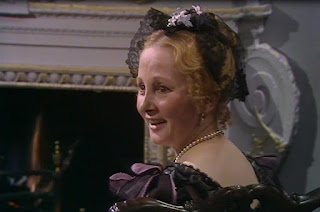 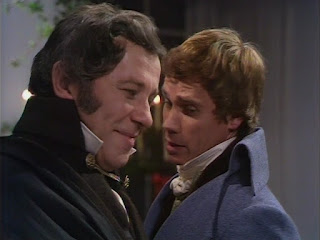 While John Knightley is quite perfectly John Knightley-ish (and has one of my favorite lines in the film). Referring to Elton, “With men he can be quite simple and rational, but with ladies…ha! I confess he makes my boot itch.” 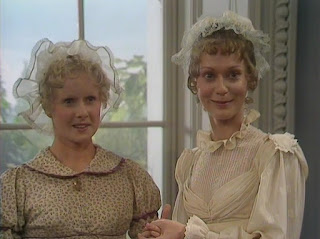 And now some more particulars: at 270 minutes, this is the longest Emma and oddly enough, I felt to be the one with the most alterations. (There will be some spoilers ahead.) A number of scenes—along with some both major and minor details—are changed (rather unaccountably so due to the length of time). For a few instances: Emma sends the apples to Miss Bates (thus weakening the Knightley-Fairfax puzzle a bit), the Dixons become a completely unrelated couple wanting to hire Jane as a governess, and Jane (and Mr. Elton) are not present at the Box Hill picnic. The John Knightley’s are to end up moving into Donwell and Jane breaks off her engagement not because of Frank’s behavior to Emma—but apparently because of his long absences waiting upon his aunt. 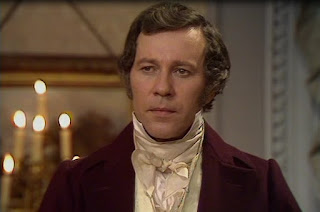 The script was changed quite a fair amount—in general softening or abridging some of the lines (particularly Mr. Knightley’s). I felt those changes did weaken the theme and even some plot connections—creating less tension and a much calmer tone. Looking at it, I’ve decided they were trying to emphasize the danger of flattery. To illustrate, near the beginning Mr. Knightley is concerned about Emma keeping company with Harriet mostly because she is inadvertently a flatterer—and there is a following emphasis on the lines referring to flattery at both the ball and the end proposal scene. There is also a line change at Box Hill. When confronting Emma about her speech to Miss Bates he says, “Emma! Emma! That you—of all people—should allow the flattery of a moment to cloud your judgment so!” At the same time, Emma is never quite as taken in by Frank and since his influence is less, Mr. Knightley never gets particularly jealous of him. Overall, I don’t think they twisted the story, but I do think that by emphasizing the flattery lines they missed some stronger unifying threads. 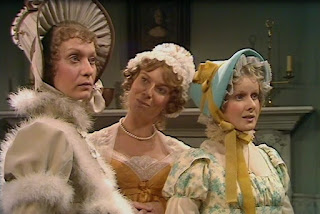 As to a few more particulars on certain scenes (and this example is a bit of a side note), but this version has the distinction of having the most forward Mr. E. proposal of any (not the most dramatic, but quite possibly the most mushily romantic—if you can so call the Elton experience). It’s entirely easy to enter into Emma’s feelings on the occasion! 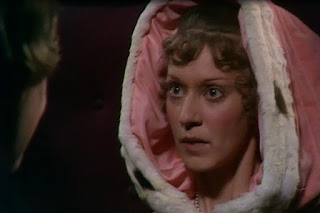 And as I mentioned earlier, you get to see a delightful amount of Jane Fairfax, especially near the end (and including the scene with Emma calling on Miss Bates where Mrs. E. is also present, dutifully awaiting her lord and master). 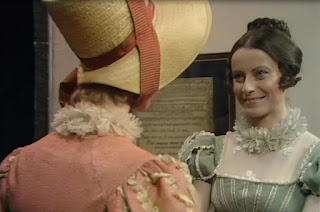 It’s delightful to see Jane’s gracious warmth and civility, and to see her and Emma laying the foundation for a friendship. Quite satisfying! 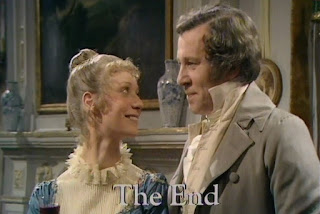 Thank you so much for this great guest post Heidi!