Over the weekend I watched the two most famous film versions (excluding the Disney... I'm not going there) of Victor Hugo's The Hunchback of Notre Dame. Both were good in their own way but by the end of my review you will discover which one I thought was the best!!!! (insert dramatic music here) 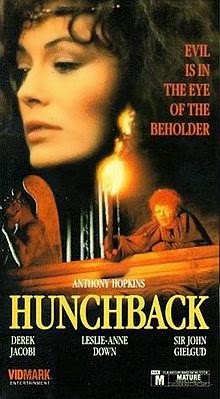 THERE WILL BE SPOILERS!!!!! (insert more dramatic music here)

I wasn't the biggest fan of the book of The Hunchback of Notre Dame but I thought the movies were pretty good... maybe because they left out the yards of useless description? ;)


Accuracy to the Book

Both of the film versions changed the ending so that Esmeralda did not die in the end, which changed the tone of the story. It became less of a tragedy and way more of a romance. Also, they both left out Esmeralda's mother and the subplot that existed with her. 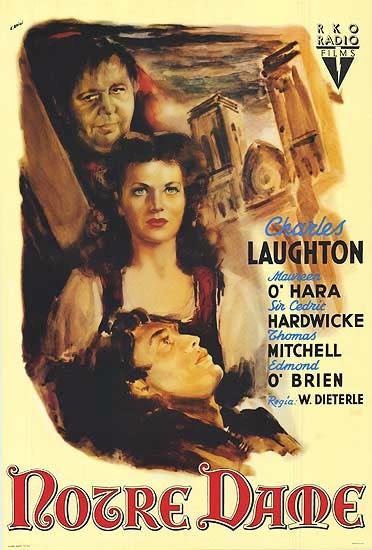 In the 1982 version, Gringoire is a lot more sensible of a guy (at least he isn't obsessed with Esmeralda's goat as he is in the book) and him and Esmeralda actually end up together in the end. In the 1939 version again Gringoire is more sensible (but not quite as sensible as he is in the 1982 version) but it's unclear whether or not him and Esmeralda end up together. Personally I thought the 1982 version worked it out fairly well since they were going for a happy ending you might as well have them end up together. However, again, the whole happy ending was wrong so overall I wish it had played out differently. Anyways, I found Gringoire to be a humorously pathetic and stupid character in the book and I would have liked to have seen more of that on screen.
Besides those two instances, the deviations from the book were slight.

I thought the casting for the 1982 version was phenomenal! My favorite was Derek Jacobi as Frollo but they were all exceptionally cast. Funnily enough, David Suchet plays Cloplin and you can scarcely tell it's him! He does not at all look like the Poirot we are used to seeing!
For the 1939 version my main qualm with the casting was with Maureen O'Hara as Esmerlada. Now I love Maureen O'Hara in other films (Mclintock, The Quiet Man, The Parent Trap) but I just did not at all see her as Esmeralda. The rest of it the casting was fine though.

So, overall I preferred the 1982 version, which surprised me as I thought it would prefer the 1939 version. They are both good in their own right though. :)