Book Review- 20,00 Leagues Under the Sea 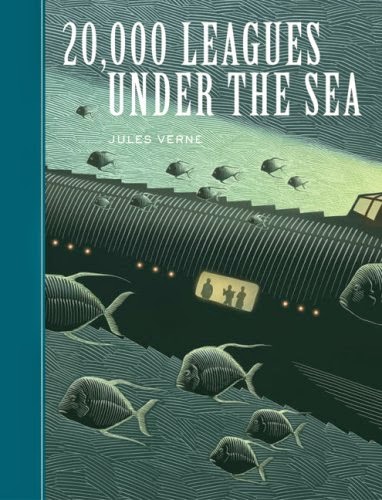 For the Mount TBR pile challenge, the author A-Z challenge the classics club and probably many other challenges that I'm beginning to lose track of, I read Jules Verne's novel 20,000 Leagues Under the Sea. A couple years back I read three of Jules Verne's other novels so I was fairly familiar with his works. While they are a little harder to read they are always very intriguing and I definitely found 20,000 Leagues Under the Sea one of the most intriguing of them all as it delved in to science as well as human nature.


Synopsis from Wikipedia: Twenty Thousand Leagues Under the Seas: An Underwater Tour of the World) is a classic science fiction novel by French writer Jules Verne published in 1870. It tells the story of Captain Nemo and his submarine Nautilus, as seen from the perspective of Professor Pierre Aronnax after he, his servant Conseil, and Canadian whaler Ned Land wash up on their ship. On the Nautilus, the three embark on a journey which has them going all around the world, under the sea.

The characters were all intriguing, none more so than Captain Nemo.
I sympathized with Professor Arronax along the trip. He felt like with Ned Land and Conseil he should be trying to escape but really he wanted to say and discover more on the Nautilis. Throughout the book we follow him as he tries to discover the secrets of Captain Nemo and is enthralled by the beauty and majesty of the underwater world. However, at the end, with Professor Arronax, we are disgusted and horrified by Captain Nemo and are ready to leave the Nautilus.
Overall, it was a good book and I felt like I learned so much about the underwater world, though of course there was some of what happened in the book that is scientifically impossible or just not real. It is science fiction after all. ;)