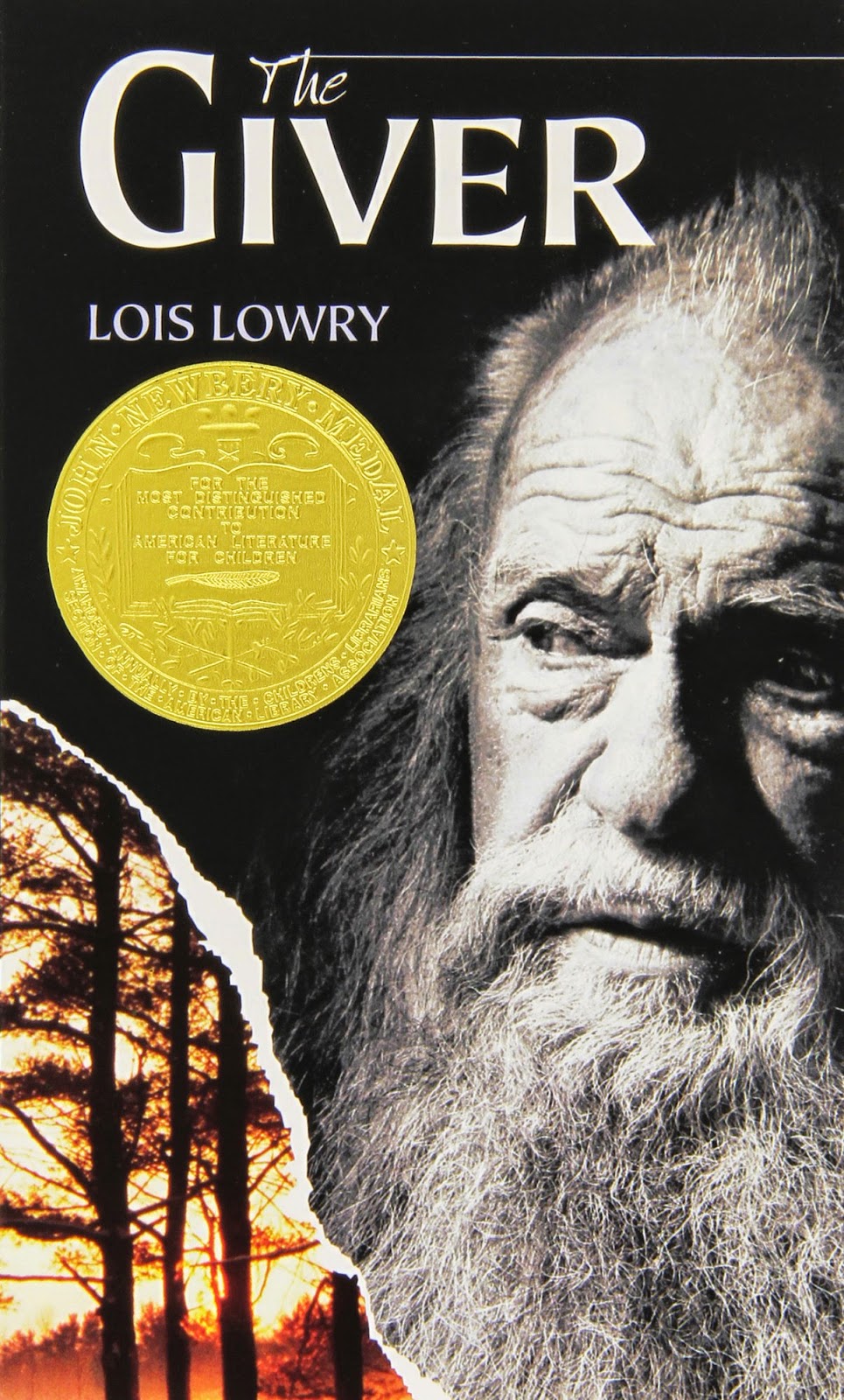 
Synopsis from Goodreads: Jonas's world is perfect. Everything is under control. There is no war or fear or pain. There are no choices. Every person is assigned a role in the Community. When Jonas turns twelve, he is singled out to receive special training from The Giver. The Giver alone holds the memories of the true pain and pleasure of life. Now, it is time for Jonas to receive the truth. There is no turning back.

Because I read this after Brave New World I think I had a different perspective of it then I would have if I hadn't read it beforehand. For me, The Giver is like a children's version of Brave New World. I liked both of the books, I'm not sure if I have a preference between them.
So moving past my comparisons there.... I did like the book. I have read only a handful of dystopian books and not the mainstream ones that have come out recently so I really don't know much about the genre. Despite what I said above, I think maybe after all it is my favorite dystopian novel I've read so far. The characters were each unique and the world that Lowry set up was nicely laid out. I could really feel and sympathize with Jonas's frustration as he received more and more memories. When he watches his father "release" the baby I too was horrified. The ending is ambiguous but I hear that it gets ironed out in later books. I'm interested to read them sometime in the future but unfortunately I don't think I'll have time this year. Hopefully next year. :)

Quick thoughts on the movie. I watched it the day after I read the book so I had a pretty strong memory of the book in my mind plus as always I'm rather a book purist when it comes to book to film adaptations. However, I don't think I'm overly perfectionistic when I say that this is one of the loosest book to film adaptations I've seen. It wasn't necessarily a bad movie if you look at it just as a movie, but it was a bad book to film adaptation. I will say one thing I liked about it was that they had it in black and white and then changed it to color as the movie went on to show how the people saw the world and then how Jonas comes to see the world.

All in all, I recommend the book but take your chances with the movie. :)