Movie Review- The Age of Innocence

For the 2016 Period Drama Challenge I'll be reviewing the film The Age of Innocence.
I just reviewed the book recently so you probably have that fresh in your mind.


Synopsis from IMDB: Society scion Newland Archer is engaged to May Welland, but his well-ordered life is upset when he meets May's unconventional cousin, the Countess Olenska. At first, Newland becomes a defender of the Countess, whose separation from her abusive husband makes her a social outcast in the restrictive high society of late-19th Century New York, but he finds in her a companion spirit and they fall in love. 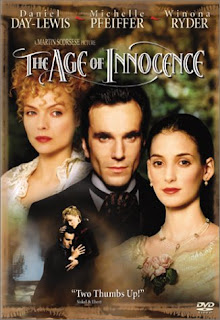 I really enjoyed the casting of the film and I think it was perfectly done.
Daniel Day-Lewis plays Newland Archer. I know he's a famous actor but I've actually never seen him in a film before so it was interesting to experience that for the first time. I also liked that they had Newland narrating the story at portions which I thought worked well as so much of the story is introspective. 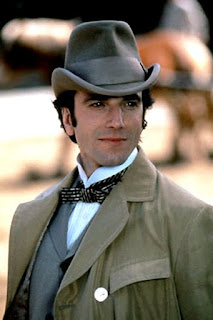 Winona Ryder Ryder plays May Welland. I was a little bit familiar with her as she plays Jo in the 1994 Little Women but it's been a long time since I've seen that. She does a spot on job of portraying May who is really a more complicated character then you at first realize. Her look of innocence is wow and I think she adds even a little more depth to May's character. 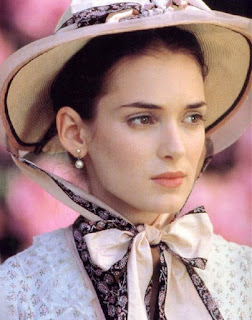 Michelle Pfeiffer portrays Countess Ellen Olenska. I didn't think I'd seen anything with her in it then I remembered she's in Ladyhawk. I didn't really have a clear idea of how I pictured the Countess Olenska and I still don't but I don't quite feel like Michelle Pfeiffer is quite how I see her. Don't get me wrong. I liked her in it and I thought she did a great job but somehow I felt like there was something not quite right there. Maybe it was just in the writing or maybe I'm just being picky. 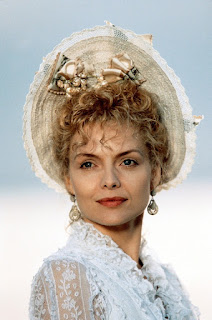 This movie is quite accurate to the book and I was really pleasantly surprised. I feel like it made it slightly more sensual than the book but all things considered I'm grateful it was as clean as it was (more on that later). There were some things I felt like were kind of off but I really can't place them... like my problem with Michelle Pfeiffer as Countess Olenska. It must just be a Lois thing. ;)

Gorgeous! For the most part I loved all of the dresses. Countess Olenska's I wasn't as crazy about but she had a different fashion obviously indicative of how she was influenced by her time in Europe. Mae tends to wear lots of white whereas the Countess wears a wide variety of colors. 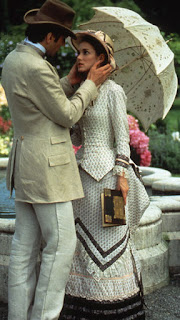 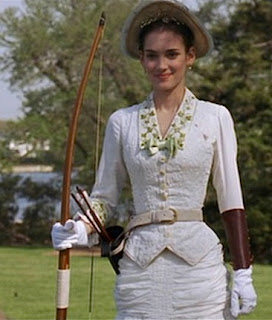 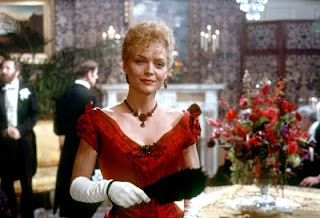 As you can tell by the synopsis the story deals with some deeper topics such as fidelity in marriage. While Newland and the Countess never do anything per say, they definitely engage in some rather passionate and sensual kissing and while not having a sexual affair they have an emotional affair. 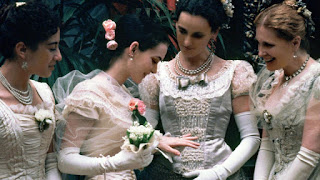 Overall I thought it was a good adaptation of the story and if you're a fan of the book you'll probably enjoy it. :)