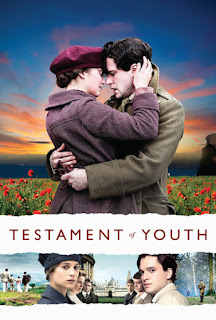 For the 2016 Period Drama Film Challenge I'll be reviewing the 2014 film Testament of Youth.


Synopsis from IMDB: A long, long time ago, back in the spring of 1914, they were so happy together. There was Vera Brittain, an upper class girl with ideas of her own; and her bright brother Edward; and his group of friends among whom Roland Leighton, wonderful, handsome, sensitive Roland Vera had fallen for... Always having great times together talking, laughing, exchanging ideas, walking, eating, swimming together; all of them envisioning the glittering future they deserved: Vera, despite her father's opposition, would study at Oxford, marry Roland and be a famous writer; Roland, as for him, would be acclaimed as a great poet while Edward and his friends would each become a prominent figure in his respective field... But then came that fateful day on 4 August 1914 when Britain declared war on Germany. All those beautiful dreams were to be shattered one after the other.

I knew little about this film before watching it except that it was based off of a book that was a true story, was a period drama and that a lot of my blogging friends loved it but thought it was heartbreaking. It's true... all of it. 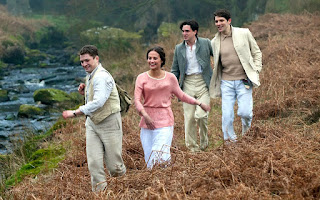 I really enjoyed the film but it was most definitely a depressing though strangely uplifting film. People keep dying! It was like watching a Shakespeare tragedy! It was horribly real though, knowing it was based off of a true story and that what was portrayed in the film was something that happen to many families during World War I. Vera is horribly headstrong and while her parents do frustrate me at times I wish she was more respectful of them. I do love her relationship with her brother Edward though. They were so close and it was really sweet. Both of Edward's friends, Roland and Victor were great and honestly I didn't mind which of those two Vera married. Victor actually might have been my favorite... obviously that was not at all influenced by the fact that he's played by Colin Morgan who also plays Merlin and who is amazing. ;) It was beautiful how all four of them were all such great friends though. As a nurse, I fully supported Vera going and being a nurse and honestly I couldn't imagine being a nurse in that time period and dealing with all of the horrors of the war victims. I was watching it with my sister and she thought it all a little gory but I was loving it. It was horrifically sad though. There was even a scene reminiscent of Gone With the Wind when they showed all of the bodies of the fallen soldiers lined up. Putting into words all of the emotion this story entails is hard. It's not just a love story in the least. It's a war story. It's a story about growing up. It's a story about life. I found it far more compelling than I thought I would and even though it is one of the saddest movies we've ever watched both my sister and I truly enjoyed it.

There are some familiar actors and actresses in this film (familiar at least to me). There's Emily Watson (Rose Huberman in The Book Thief and of course famous for many other roles), Colin Morgan (As previously mentioned he played Merlin in The Adventures of Merlin and also in one episode of Doctor Who) and Miranda Richardson (Rita Skeeter in the Harry Potter films).

There's really no objectionable content. As I mentioned above it can be a little gory and there's definitely blood. At one point Vera washes the blood off of a naked body of a soldier but you only see from the waist up as I recall. I wouldn't watch this with young children as I think they might find the horrors of war portrayed frightening and disturbing.

The costumes were absolutely lovely and the hats were splendiferous! Here's a little taste of the fashion from the film. 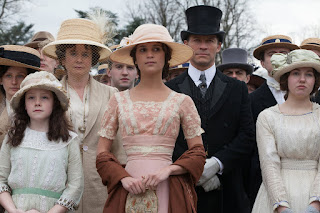 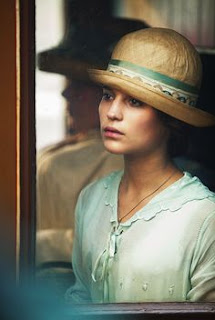 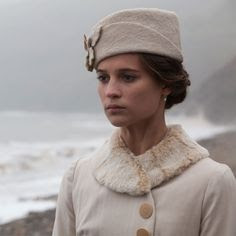 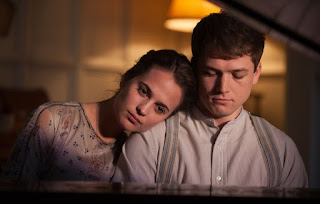 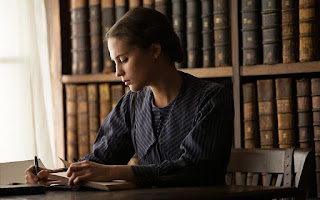 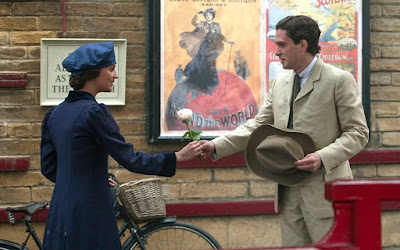 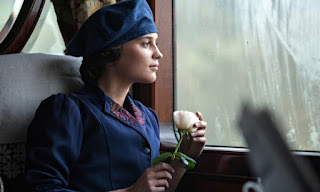 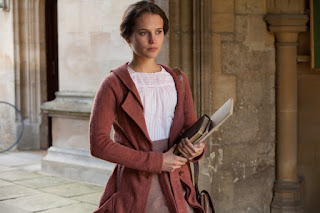 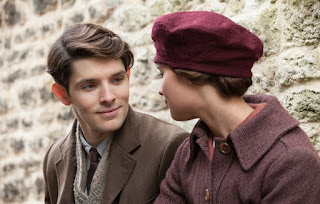 Watch or not? Watch!