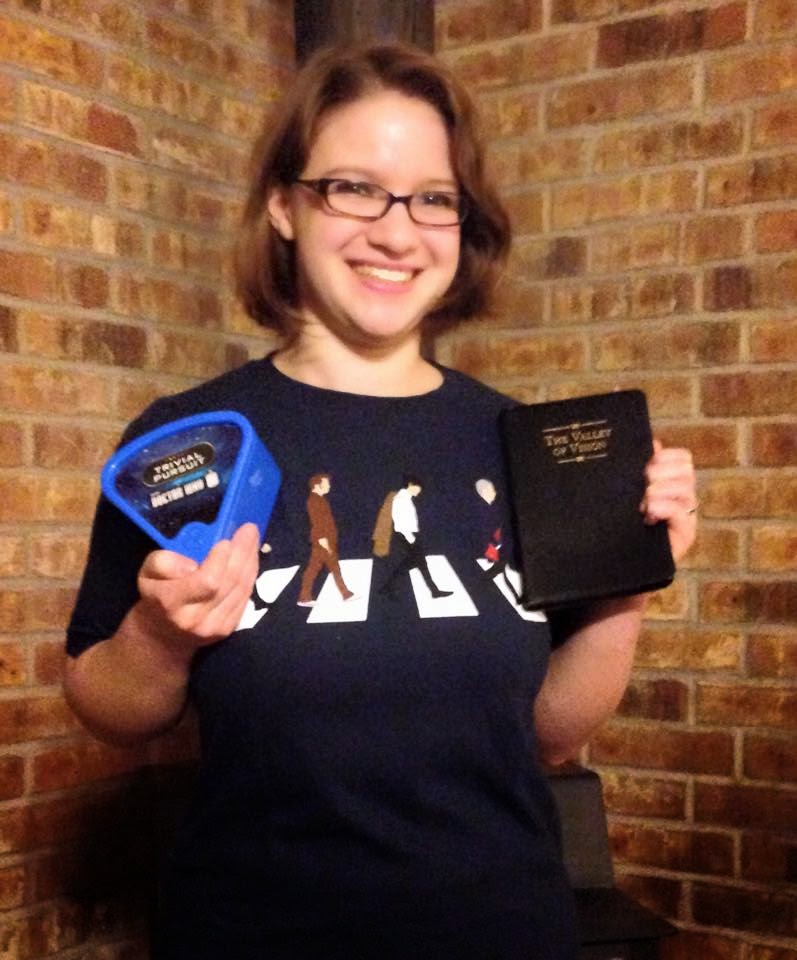 This past week I celebrated my 21st birthday!
Did I have a first drink? Yes I did! I had a little bit of wine... maybe four ounces and about that much of a light beer as well. Neither were much to my taste but I think I will try some other alcoholic beverages in the future. I was thankful to have that first drink with my family and friends. We also had a chocolate peanut butter cookie dough cake, which was delicious! To top the day off I got a Doctor Who T-shirt and Doctor Who trivial pursuit as well as the book The Valley of Vision, which is a collection of Puritan prayers. I will be making my way through it this year. 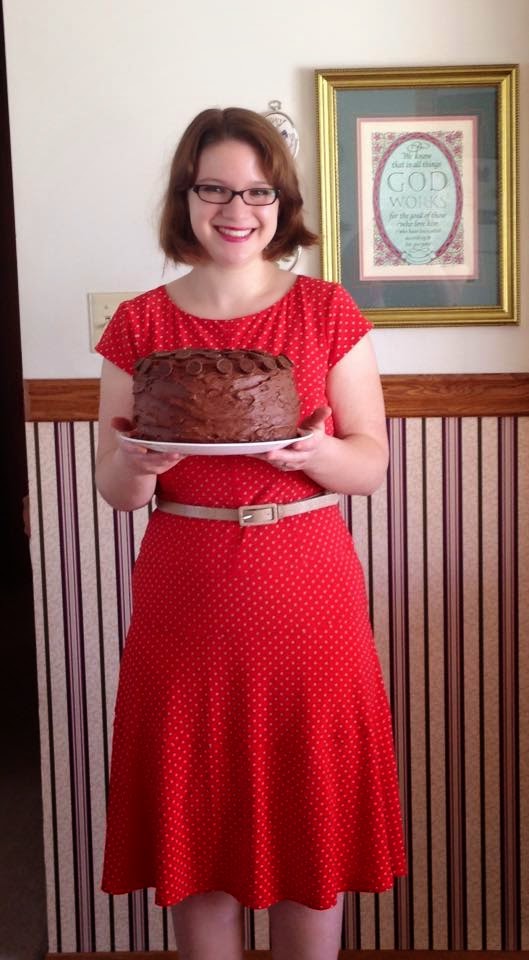 On my birthday my sister and I began our fifth game of Canasta. We had both won two games and our competitive natures are going into this last game, which determines the winner of the best out of five. Unfortunately she won the fifth game so we have started our sixth and we're going for best out of seven now. I'm determined to win!!!
The family also played a game of Apples to Apples on my birthday, which was fun as always. I didn't win... I rarely do, but it was still quite enjoyable. Apples to Apples is just one of those games that is fun even if you don't win.
All in all it was a great birthday! I still need to get my license renewed but I have a 45 day grace period and there's no way I'll wait until the last moment for that... right? I mean... I don't have a history of waiting until the last moment... do I? ;)

Email ThisBlogThis!Share to TwitterShare to FacebookShare to Pinterest
Labels: Doctor Who, Family