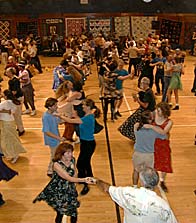 The other evening I had the privilege to go contra dancing with my sister and a few of my cousins.   I had been a couple times before two years ago but apparently I had forgotten more than I thought.  To say I didn't have fun would be a lie, however to say it wasn't oftentimes confusing would also be a lie.  Contra dancing, is a partnered folk dance.  Normally there will be more girls than guys so a girl can do the guys part by wearing a tie, which the providers of the dance will normally supply.  Where I danced, there were an excess of girls so I ended up playing the guy all but two dances.  Once I got used to the guy part, it actually wasn't that hard.  The most difficult part of it was I was leader so that meant I was doing all of the guiding and if I guided my partner wrong we messed up.  That happened several times.  Everything is difficult when you first start out or when you are trying to get back in to the swing of things, so I hope when I go next time (and hopefully there will be a next time) it will be much easier.  Contra dancing is available in most of the 50 states of the U.S.A. so if you are interested in trying it search around on the internet and see if there is one near you.  It is definitely the most fun form of getting a workout.

Sunset in the Flint Hills

My brother went out last evening to the hills behind our house (technically the Flint Hills).  He was able to capture some of the most beautiful sunset pictures I have ever seen.  I hope you enjoy them as much as I do. 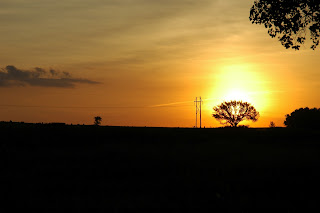 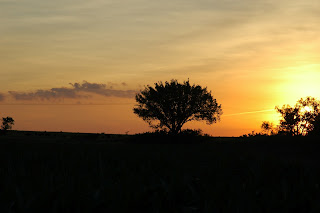 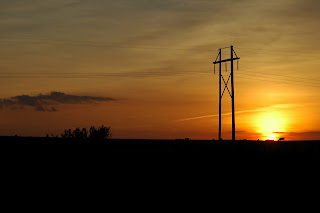 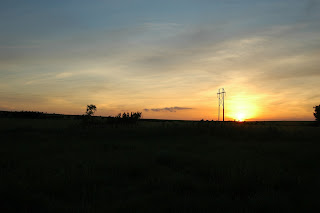 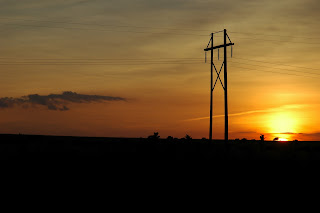 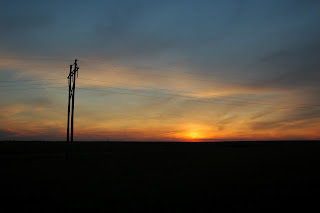 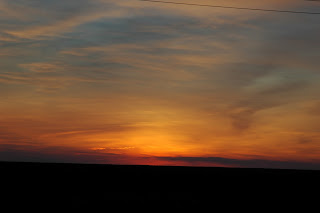 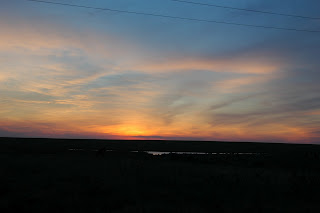 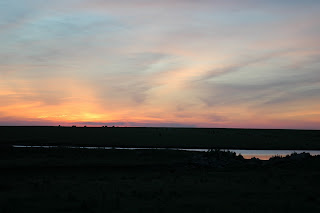 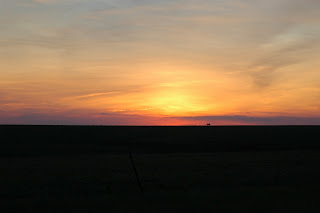 Lois Johnson, avid writer, tea drinker, and reader but first and foremost, avid Christian.
Posted by Lois at 9:27 AM 2 comments